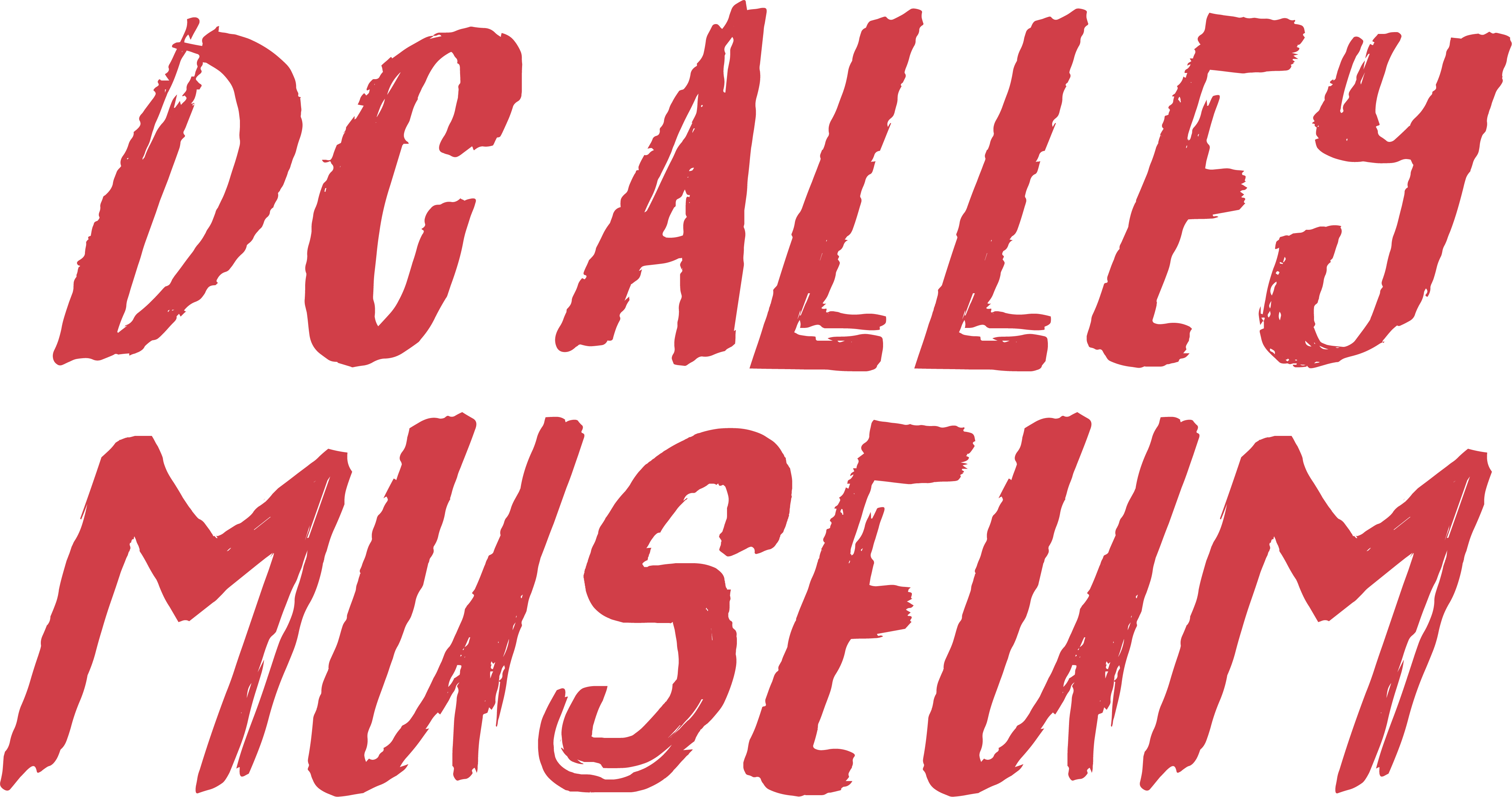 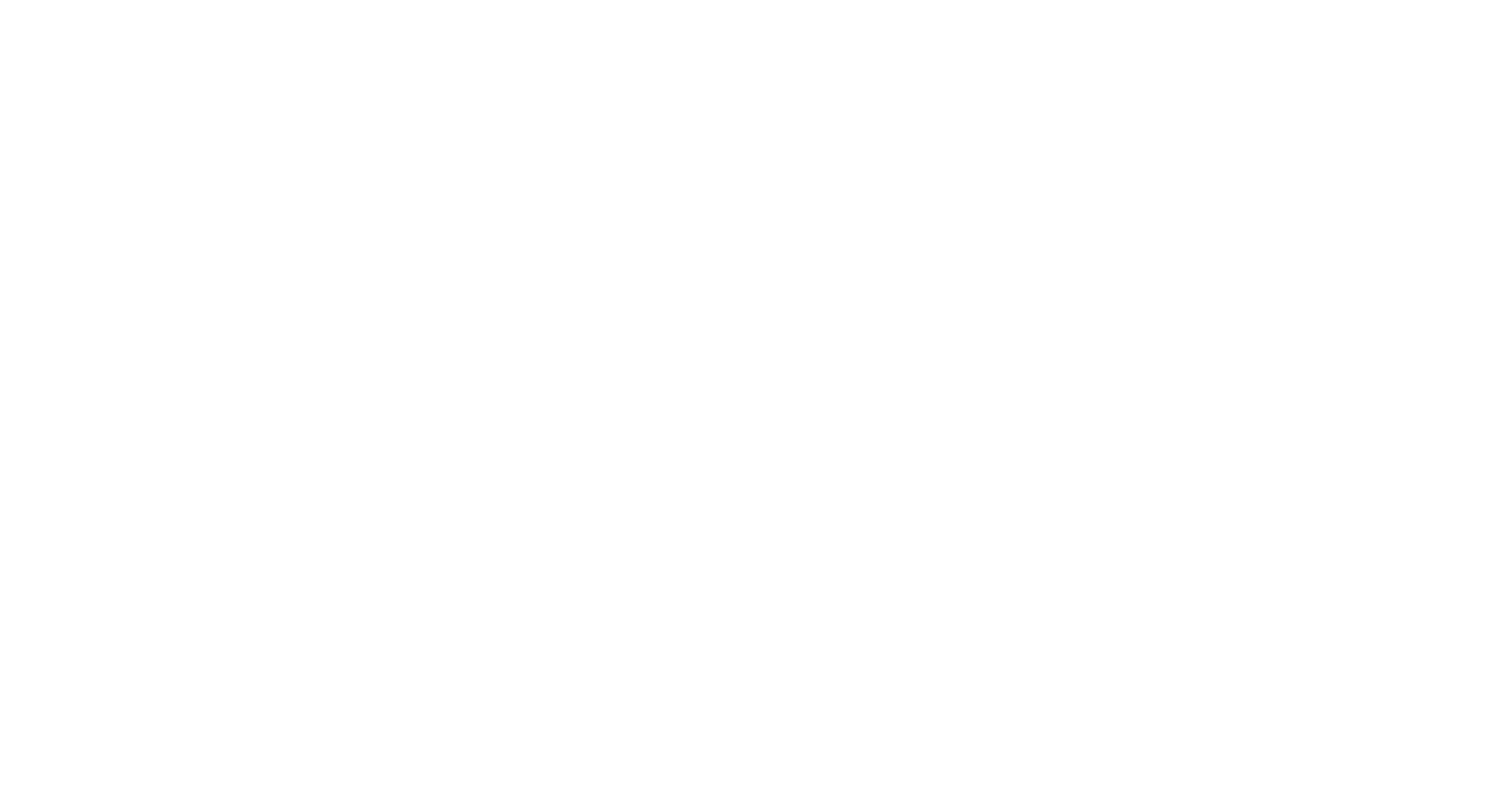 Beginning in 2015 a series of works were commissioned by artists with a history in the Shaw neighborhood and in Blagden Alley — They created a stunning display of new works painted directly on the garage doors of several buildings in Bladgen Alley. These artworks were made possible with a D.C. Commission on the Arts and Humanities, Public Art Building Community grant program and with the support of Blagden Alley neighbors that supply the canvas for some of DC’s finest artists. Murals get the artwork of painters out into the public sphere in a uniquely bold and playful way, a great way to educate the public about local artists living and working in their community. 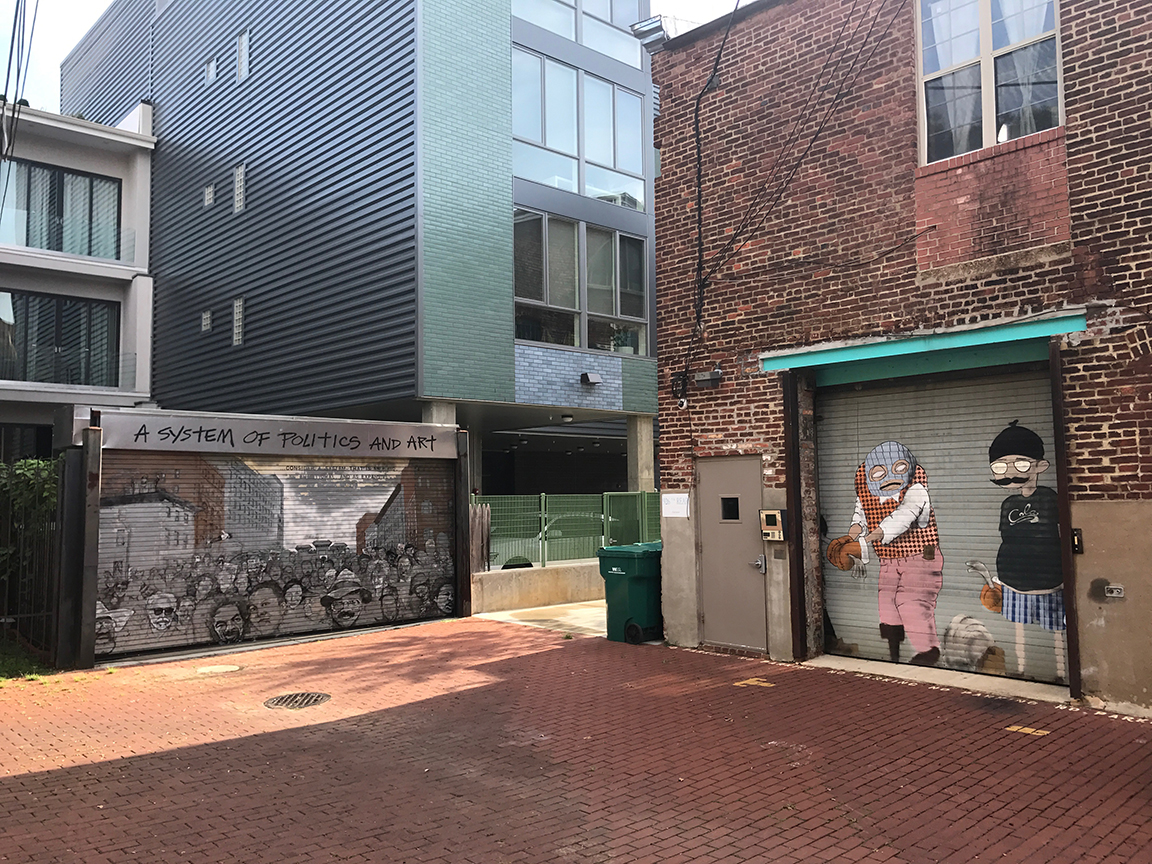 In November 2015 the development, commissioning, execution and installation of five newly commissioned artworks was celebrated in a formal dedication ribbon cutting community event. Attended by the DC Arts Commission Interim Director Lisa Richards Toney, staff members Keona Pearson and Tonya Jordan, Arts Commissioner/neighbor Gretchen Wharton, and the ANC 2-C Chairman & Executive Director of Shaw Main Streets Alex Padro. These community leaders presided over the remarks and participated in a joyous reception to follow. The event was promoted by Pink Line Projects and covered by East City Art. Phil Hutinet writes in his feature entitled, Unveiling of Shaw’s Outdoor Alley Museum, “A strong partnership between neighboring Blagden Alley residents and businesses helped make this project possible. As a result of the Museum’s first iteration, Thalhammer believes that other property owners who abut the alley will donate facades and garage doors to the project in the future. An official ribbon cutting ceremony took place at dusk with a 100 person crowd in attendance.” 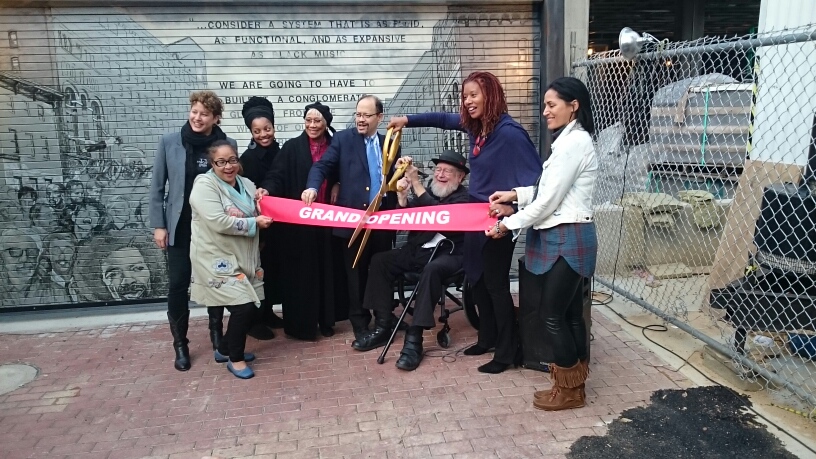 The DC Alley Museum is an outdoor collection of public art murals funded in part by the DC Commission on the Arts and Humanities Public Art Building Communities Program. These murals commeorate the history of Artists in Shaw's Blagden Alley.